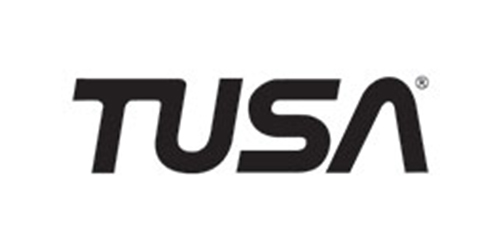 Angled Blade Design
When using the standard traditional blade fin, with the leg
completely extended, there remains an angle of 27° between the heel
and the foot and the calf of the leg, causing a 10% loss of
propulsion. Because the fin is angled below the body, during the
kick phase, the body is pushed forward and down, instead of
straight ahead. With the SF-15 fin, that 27° angle has been
designed into the fin. This means that 100% of the energy expended
during the kick phase is directed toward the propulsion of the
diver. To achieve maximum performance from this fin, use a small
bent-knee kick with a light rhythm. This creates less strain on the
leg muscles compared with traditional fins, reducing the diver’s
fatigue and subsequent air consumption.

Propeller Technology
TUSA’s advanced split fins employ Propeller-Fin Technology, which
delivers ultra-high performance with a low amplitude rapid flutter
kick. As the fin moves through the water its two wing-shaped
surfaces create lift and forward propulsion like a propeller.
Efficiency is increased while drag and effort is reduced.

There are no reviews yet.